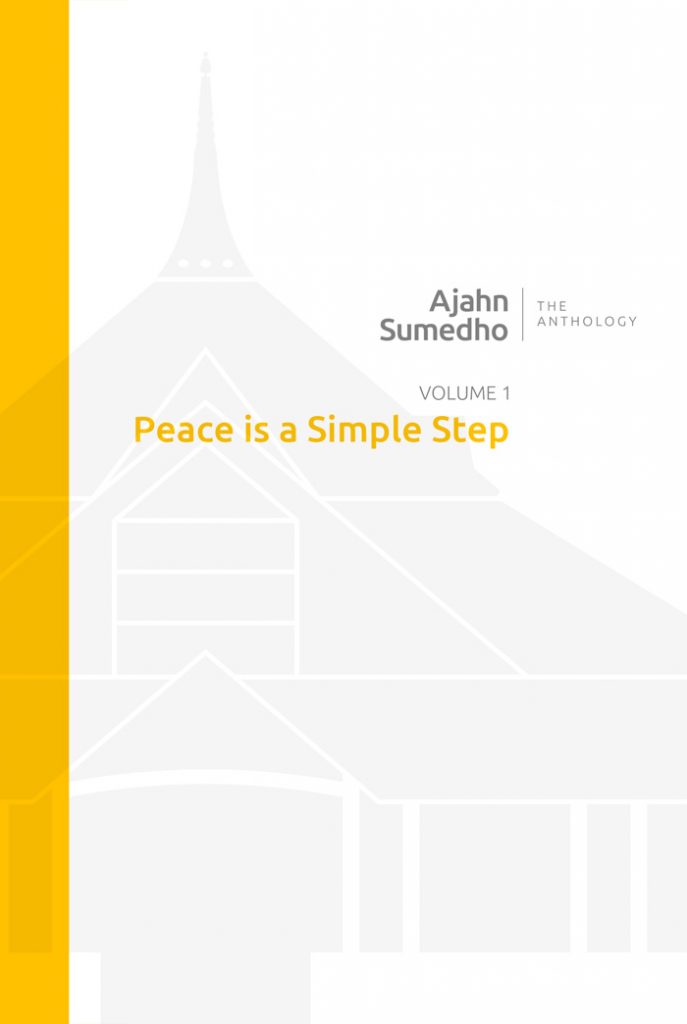 Peace is a Simple Step brings together material that forms a foundation to Ajahn Sumedho’s teachings, from talks that were given in the late 1970s and early 1980s. It is a collection made up of three books – Cittaviveka, Teachings from the Forest and The Four Noble Truths.

Of these, Cittaviveka was the first to be printed. It was put together in 1983 at the request of supporters who asked for a book about the monastery. Hence the title, and the fact that the first edition also contained narrative pieces – a brief history of the events that led to and included the arrival of Ajahn Sumedho and his sangha in West Sussex, an account of the first bhikkhu upasampadā (Admission to the Sangha) in Britain, and an account of the first tudong walk in Britain. The rest of the book comprised articles that had been published in The Middle Way (the journal of the Buddhist Society of London) and freshly transcribed material. This text was assembled using a typewriter, as computer word processors had not come into sangha use at that time. It was created in about three weeks, and because of this and other factors, was not very[…]”

Excerpt From: Ajahn Sumedho. “Ajahn Sumedho Volume 1 – Peace is a Simple Step.” This book is the first of five volumes created to honour the life and work of Ajahn Sumedho on his 80th Birthday