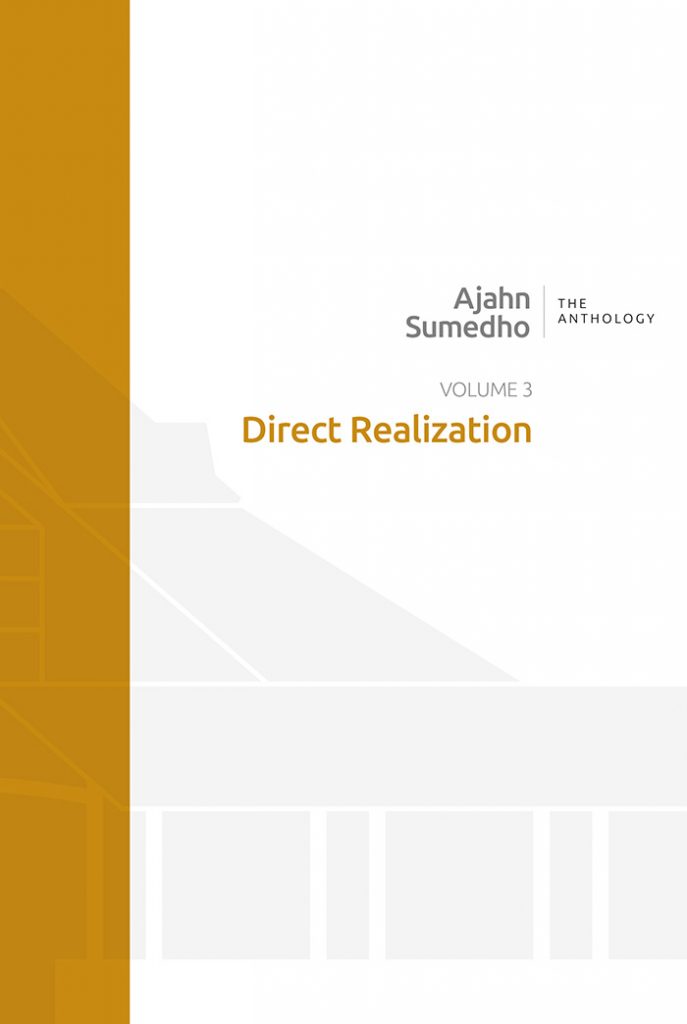 This volume contains material gathered from talks given by Ajahn Sumedho in the late 1980s and 1990s. It is made up of two collections – The Way It Is and Buddhism Now! – and an interview with John Baxter, conducted at Amaravati in 1986.

The original version of The Way It Is was published in 1991. The current version differs through the inclusion of another talk, now entitled ‘Returning to the Way Things Are’ which originally appeared in the collection Seeing the Way where it was called ‘The Way It Is.’ This talk was in fact the opening talk of the 1988 Winter Retreat at Amaravati from which many of the other chapters in the book derive, but had not been included because of its appearance in Seeing the Way. It now feels appropriate to place it within the context in which it was first presented. The title has been changed because the book already had a chapter titled ‘The Way It Is’ which has now been retitled ‘This is the Way It Is’ to avoid confusion(!). Some of the talks were part of a series that Ajahn Sumedho gave to the monastic community on the theme of dependent origination[…]”

Excerpt From: Ajahn Sumedho. “Ajahn Sumedho Volume 3 – Direct Realization.”
This book is the second of five volumes created to honour the life and work of Ajahn Sumedho on his 80th Birthday