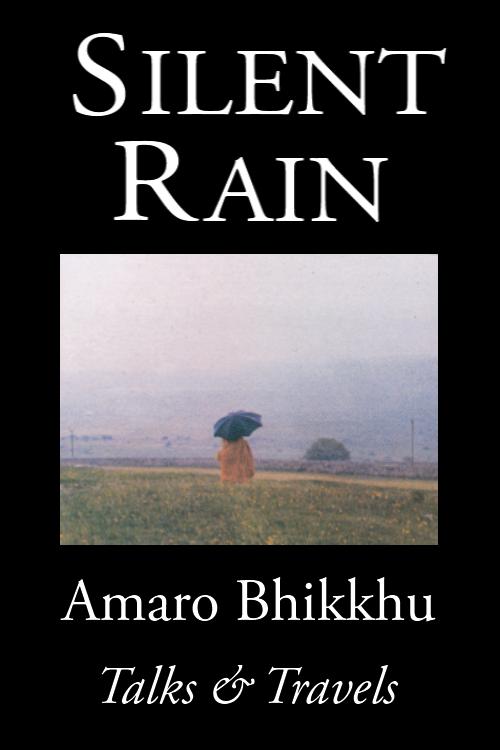 In the way of spiritual life, creation tends to happen through response to circumstances rather than from any self-propelled initiative.

In the summer of 1993, whilst I was doing some teaching in Detroit for a few days, I was asked if I had ever written a book. I replied, “Yes, but it’s long out of print.” “Could it be reprinted?” came the inquiry. “Theoretically yes, of course….”

Before I knew it donations for such a reprint started to be offered in quantity. The book in question, by the way, was Tudong – The Long Road North, which I had written in 1984 following a long walk that I had made through England. We had only printed a thousand copies at the time and they were long gone by now.

When I mentioned to some other supporters in San Francisco a few days later that reprinting Tudong was in the air, they suggested: “Why not put together a collection of more recent stuff instead?” “Good idea,” I thought. “That makes sense ….” On returning to England I talked the possibility over with Ajahn Sucitto – the monk who looks after all our publications – who responded by saying, “Great. You could include some of those travelogues, and maybe some poems of yours ….” It thus gathered momentum and its own life began to unfold.

As the text selected itself and grew I began to think of illustrations that might he used to round out the book. There were a number that had already been produced for various Sangha publications, and ones that I had drawn over the years for members of my family. I gathered these together and found a few that seemed to match the different moods and themes of the book.

“What you are now holding in your hands therefore is the confluence of all these elements. More than anything else it is a scrapbook – a simple cross-section through the world of someone who, in this late 20th Century time, has chosen to live as a Buddhist monk. In putting this book together, every effort has been made to render it as accessible as possible. If, however, at some point its meaning or reason escapes you, hopefully the music will tide you over.