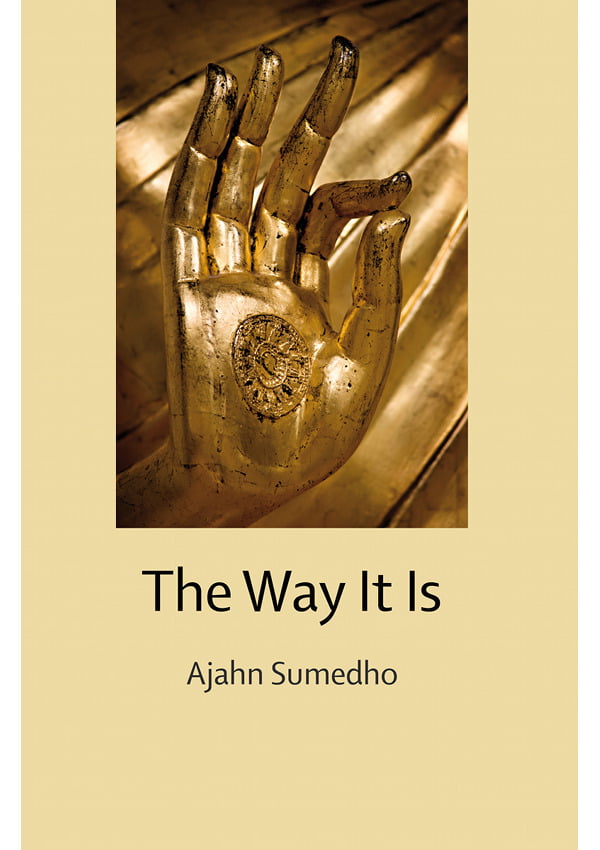 This book contains a collection of teachings of Ajahn Sumedho given to people who are familiar with the conventions of Theravada Buddhism and have some experience of meditation. Most of the chapters are edited from talks given during retreats for lay people for Ajahn Sumedho’s monastic (ordained) disciples, so they require some careful attention and are best read in sequence.

In the monastic retreats Ajahn Sumedho develops a theme from the Buddha’s teaching over a couple of months, linking it to other aspects of the Dhamma, embellishing it with accounts of his personal experiences, demonstrating its relevance to the society in general, or using it as an exhortation to the Sangha to live up to their aspiration of enlightenment. Although it is not possible to render the tonal depth and variety of these talks in a printed work, the mixture of short exhortations and pointers, longer contemplative reflections mingled with the chants that the monks and nuns will be reciting daily (and have been doing so for years) may suggest the atmosphere and scope within which the teachings are offered.

In many of these talks Ajahn Sumedho expounds on the uniquely Buddhist expression of ‘not-self’ (anatta). He maintains this to be the Buddha’s way of pointing to the experience of Ultimate Reality that is the goal of many religions. During the monastic retreats Ajahn Sumedho frequently teaches the Dependent Origination paticca-samuppada based on the approach of anatta. The Dependent Origination traces the process whereby suffering (dukkha) is compounded out of ignorance (avijja) and conversely suffering is eliminated (or rather not created ) with the cessation of ignorance. Just as anatta — not-self — is the expression of Ultimate Truth, Ajahn Sumedho suggests that the root of ignorance is the illusion of Self’. Not that he is trying to annihilate or reject some personal qualities but rather to point out how suffering arises through attempting to sustain an identity denoted by body and mind.

This mistaken identity is what the average person calls ‘myself’. It can be detected in a latent state as self-consciousness, or as habitual mood of the mind such as conceit or self-criticism, or it can manifest as selfish bodily or verbal activity. The profundity of the Dependent Origination is that it describes how even at its most passive, such wrong view creates habitual drives (kamma) and attitudes through which even a silent and well-intentioned meditator experiences suffering. What is called kamma (habitual drives) ranges from the ‘internal’, psychological plane to the ‘outer’ realm of action. This habitual process then manifests in terms of body, speech or mind; all such manifestations being termed sankhara. Even moral action based on ‘self-view’ can lead to anxiety, doubt, ‘sorrow, grief, pain, lamentation and despair’. Such is the meaning of the first ‘link’ of Dependent Origination ‘avijjapaccaya sankhara’ or ‘dependent on ignorance are kammic formations’.

Excerpt From: Ajahn Sumedho. “The way it is.”