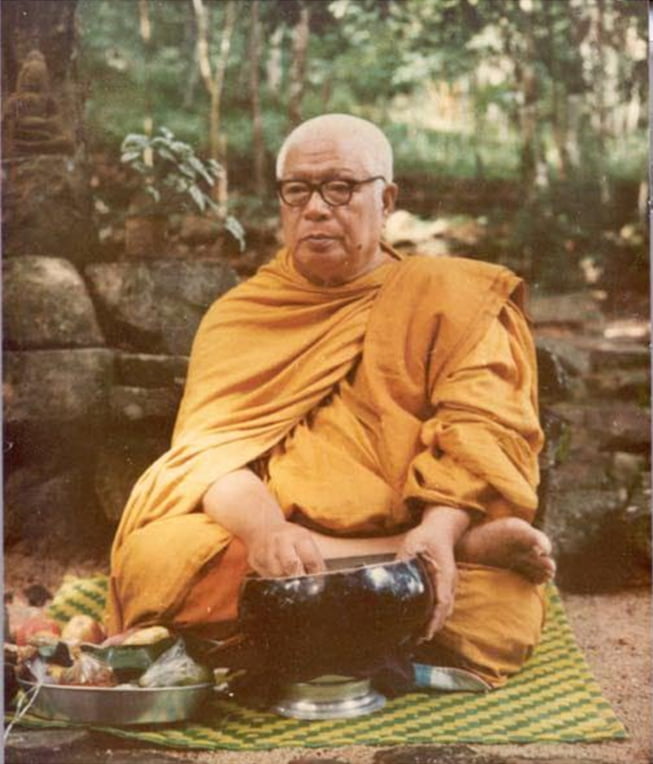 Reflections shared with volunteers and staff of the Buddhadāsa Indapañño Archives (‘Suan Mokkh Bangkok’) in response to the question, “We heard that in the 1970s you went to Suan Mokkh. Was it just one time or several visits?”, offered by Luang Por Sumedho on 13th January 2015 and first-published here on the occasion of the 88th Anniversary of Suan Mokkh.

I’ve always regarded Ajahn Buddhadāsa, along with Luang Por Chah, as one of my primary teachers. I could relate to their way of teaching because it was so direct and simple. Ajahn Chah wasn’t intellectual at all – he hardly ever wrote anything – he always emphasized paṭipadā, practice. He said, “In Thailand monks read too much. They learn Pāli and Abhidhamma, but they don’t ever practice.” So he was trying to fill in a gap there by emphasizing paṭipadā.

In the 1960s Tan Buddhadāsa was very controversial in Thailand. He wrote a book called Tua Goo Khong Goo, which translated into English as Me and Mine, but everybody was shocked by this because it’s a coarse way of saying “me and mine.” I was teaching English for a while at Thammasat University in Bangkok before I ordained, and there they were talking about this monk and his book. I was trying to learn Thai and thought, “What’s wrong with that?” Of course Americans don’t have that structure, so it was quite unique to me. But then I realized Buddhadāsa was trying to shock Thais into trying to appreciate their own religion, kind of shake them up, because in those days, in the ‘60s, every Thai considered themselves a Buddhist, but it was a very ceremonial tamboon taam prapenee (traditional merit-making) kind of thing, and they didn’t know very much beyond it.